Construction of a New Western Ring in Pilsen 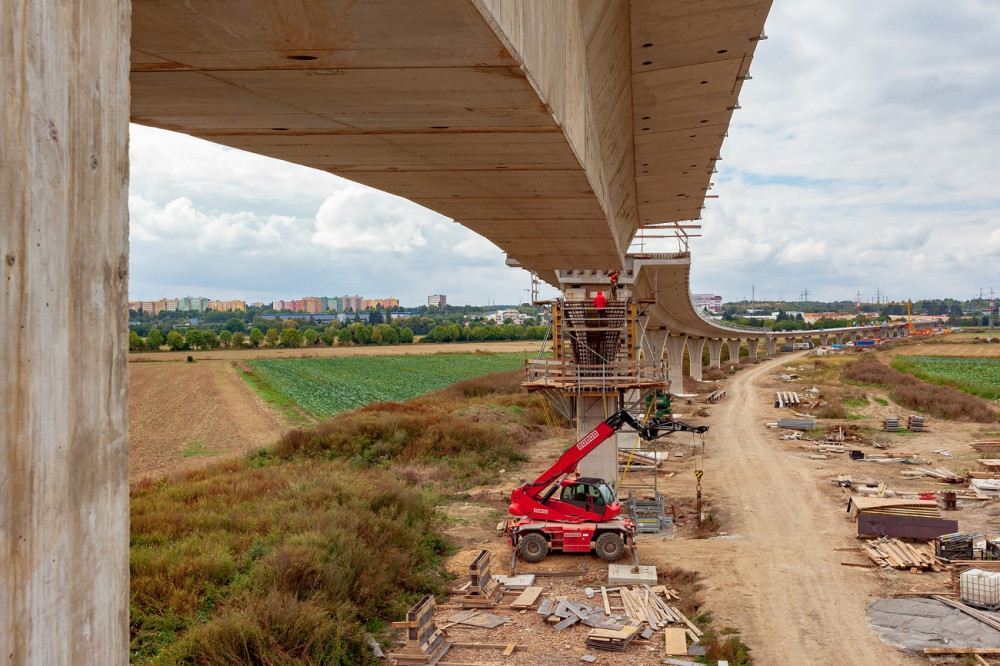 TARGET AUDIENCE : Policymakers and public interested to know what impact the new road bypass has on traffic in its area, air quality and noise pollution

A map indicating the impact of a new ring road on traffic, air and noise pollution.

The city ring road is a priority traffic construction in the city of Pilsen and special emphasis is placed on it. The first stage of construction of the western part of the ring road was completed in the autumn of 2014. The second – final stage of the western part of the road bypass is now underway. This should have a major impact on traffic calming in the city center. Its completion is scheduled for 2023.

The route of the western part of the circuit will connect the largest housing estate in the north of the city (approx. 50,000 inhabitants) with the largest industrial zone of the town Borská pole in the south (see picture „Ring road map“). It will be another new north-south connection, which is currently provided by the busy Karlovarská and Klatovská street passing through the city center.  The traffic on these streets reaches up to 60 000 vehicles per day and the high traffic density on this main route through the city center is accompanied by a significant slowdown in traffic with up to 15 minutes of traffic delays (see GLayer traffic and density map). Concurrently these busy roads are a significant source of noise and air pollution in the city.

Before the ring road construction, a simulation was done using a traffic model of Pilsen to assess the future impact of the new ring road on traffic intensity. The model showed that traffic from Klatovská and Karlovarská street would partly move to the new western ring.

The city has desktop applications (CUBE) for traffic modeling, which was used to analyze the impact of the new ring road construction s on traffic calming in the city before the construction began. The use of Cube software is limited to a few traffic experts in the city. The following documents provide examples of the results of the analysis of this system:  CUBE 2018 Model difference pentlogram and CUBE 2018 Model West Ring Road (see pictures). The values shown in the differential density visualisation represent the increase in the number of vehicles in the thousands per profile (both directions together) for 24 hours. The green sections mean a decrease in thousands of vehicles on the profile in 24 hours. According to the model from the robust Cube desktop system, the newly designed road assumes approximately 22,000 vehicles per day, and the busiest roads in Klatovská and Karlovarská streets are predicted by a decrease of up to 14,500 vehicles per day. Nevertheless, according to the model, a relatively heavy load of roads in the central part of the city can still be expected during rush hours.

Modeling in the Traffic Modeller web application and browsing the current and historical state of traffic in the GLayer web application is accessible to a wider range of city workers and policy makers in the city.

The model created in the Traffic Modeller predicts about 12,000 vehicles a day in both directions on the newly built ring road. By comparing the model with the newly designed western ring and the existing (basic) model, we see a traffic density decrease of up to 900 vehicles per hour and 11,000 vehicles per day on the busiest Klatovská and Karlovarská streets in the city center. This corresponds to a decrease in vehicles and a calming of traffic by about 20%. The visualization of traffic in the Traffic Modeler with the new western ring nevertheless predicts higher traffic intensities on the busiest parts of the Karlovarská and Klatovská streets during rush hour. Traffic on the newly built bypass should be smooth even at peak times (see picture ).

The differences between the results of both models (CUBE x TraMod) can be given by different settings of communication network parameters and different calculation algorithms. Both models work with a number of parameters, settings of which affect the result. Even in an effort to capture reality as best as possible, the prediction of the actual traffic load is uncertain.

After opening the western ring for traffic, real measurements of the number of vehicles will be performed, which will be compared with the modeled situation in the Cube and Traffic Modeller softwares.

Based on the created traffic model, an air and noise model will be created and the improvement of noise and air pollution load in the city center will be evaluated.

Open the case, select the traffic layer.
Then add new road and see the impact on traffic and air.